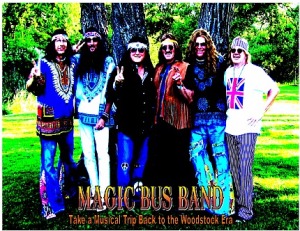 Enjoy a musical trip back in time with Magic Bus band.  As one of the only bands in the United States offering a music performance replicating the greatest hits of the late 60’s, you’ll believe you’re watching 30 separate original groups performing their hits.  The music of Small Faces, Bubble Puppy, Grass Rots, Three Dog Night, The Who, Crosby, Stills, Nash and Young will appeal to all generations.  Their authentic stage presentation, which includes members fully costumed, will transport everyone back to an era of music that represents the age of beads, flower power, headbands, peace signs and the greatest outdoor music festivals. 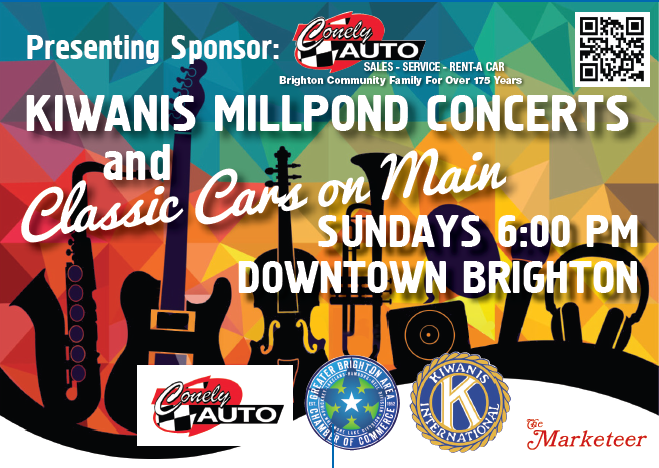 If you would like to sponsor one of the 2016 BRIGHTON KIWANIS GAZEBO CONCERTS select an option below. You'll be guided through PayPal to make your donation. Don't worry, you won't be charged until you place the order on PayPal.
2017 Concert Schedule